Reduced to a Rumour is a consideration of the changing nature of identity of inhabitants through the duration of a decaying homestead, industrial space or townsite. The idea that one can go from a known individual to a rumoured or folklore/myth is prevalent in this piece, depicted as virtual mannequins that lose detail over time until they are no more than a vague shape where someone once stood.

This is an installation of furniture that mimics a fifties-era farm kitchen where a family film is being shown. There is an assortment of chairs, a film projector on a table and a projection screen. The projected image projects past the screen to the wall behind it but, for the most part, the figures presented rarely leave the space of the screen.

This work examines the relationship of identity for people who have lived or worked in closed industrial locations, abandoned townsites or homesteads in Western Canada.

The film is a projected representation of mannequins in the space defined by photographs of these kinds of locations, sometimes abandoned and sometimes just forsaken locations that still exist.

An empty landscape is shown and the mannequin figures slowly fade into being. Over the course of two minutes their detail is lost, becoming planar shapes that eventually change into crystal-like forms before these shrink and fade away. During this time the sound of a film projector is heard but, as they disappear completely the sound of the film running out of the projector is heard and the scene changes again, to start the process again.

The concept for this piece examines how the identity of a person who once lived in these kinds of abandoned sites will change over the years. Where they were once well known to neighbors, they become less known over time, and after they die their identity becomes almost a folklore r myth. Eventually no one remembers who they were but stories and suppositions may be made. Their known identity is reduced to a rumour and may eventually become a myth. 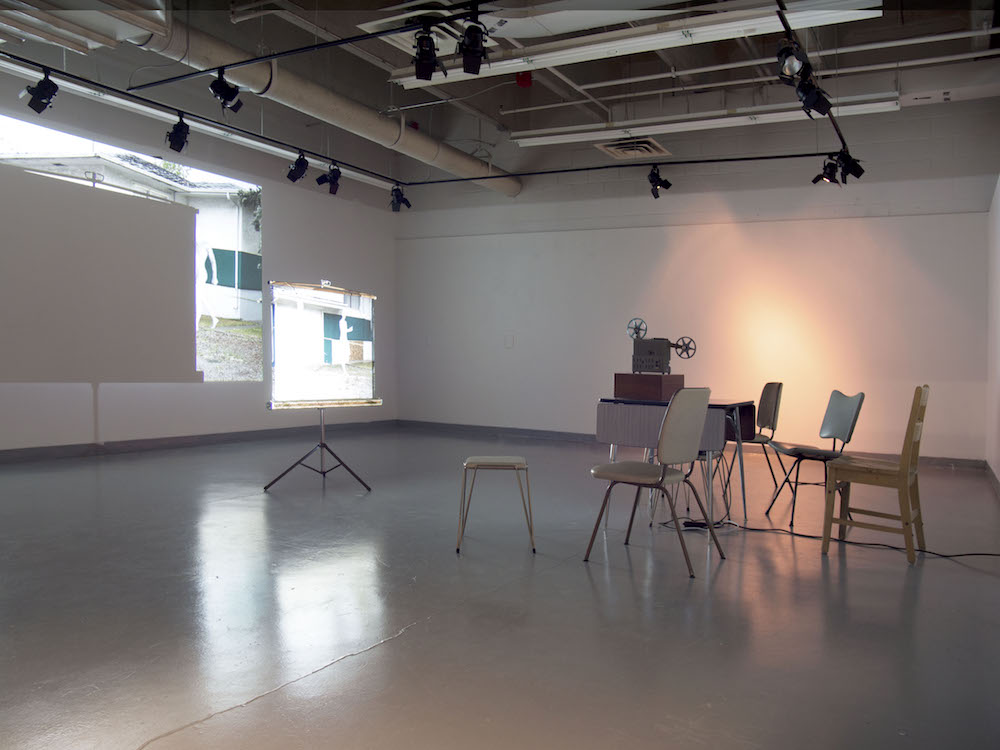 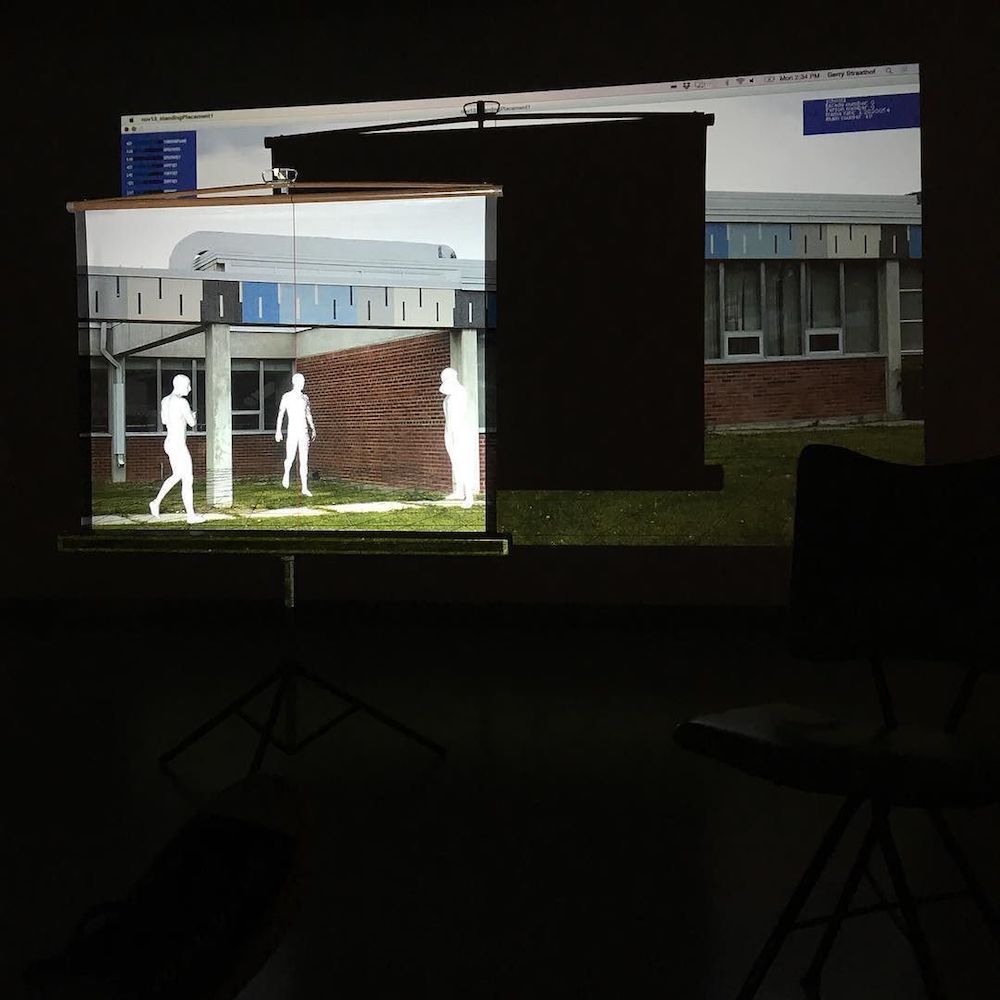 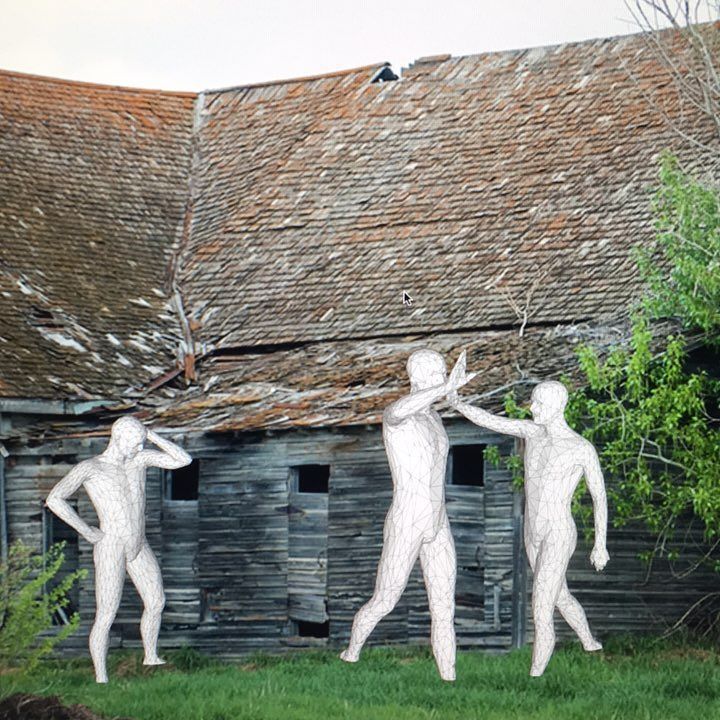